The inevitability of fintech SaaS 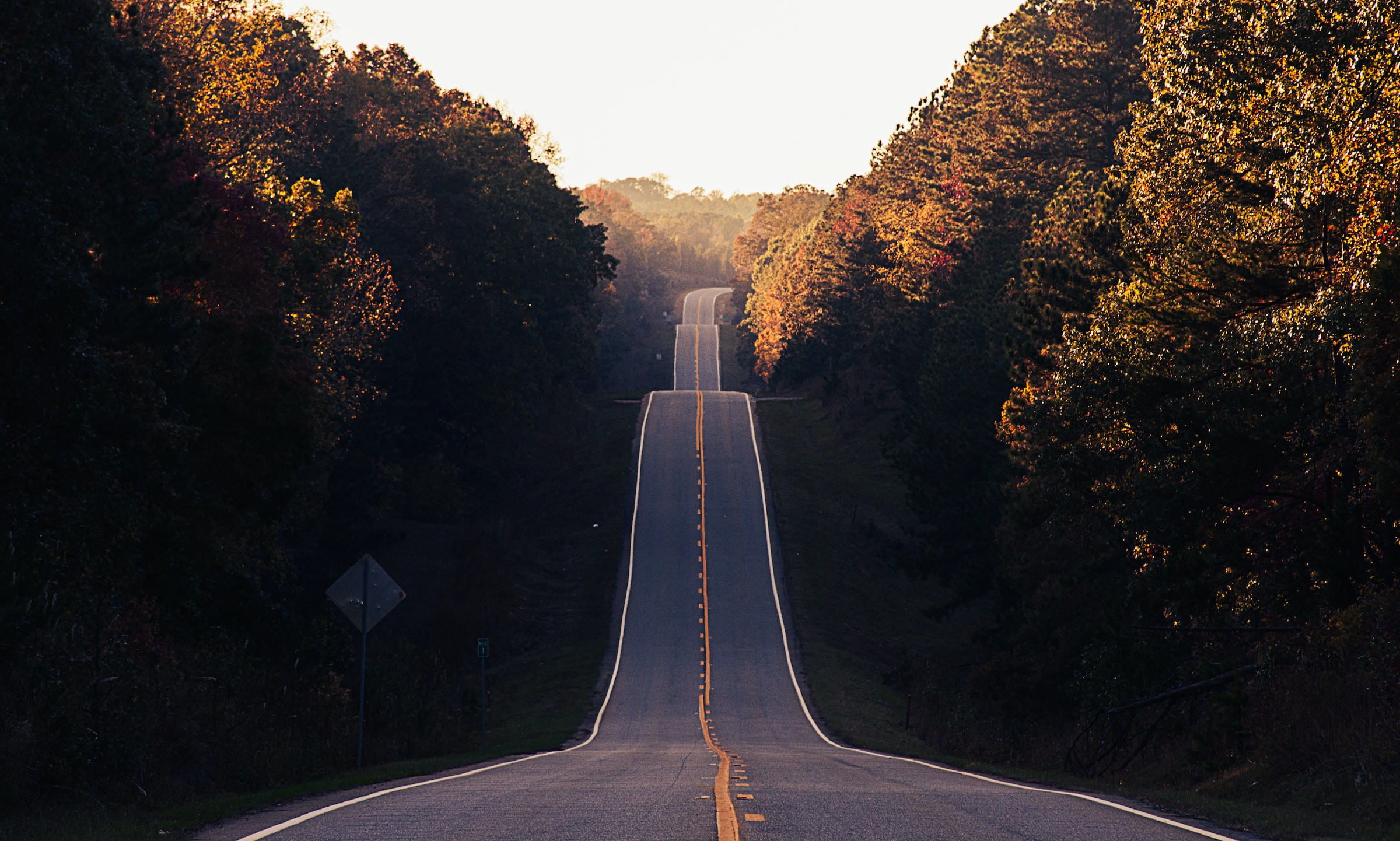 Fintech is swiftly moving to become a concept offered nearly exclusively through software-as-a-service (SaaS). That’s a big claim, but one that is inescapable to make if you observe the historical waves of online technology dominance and renewal. The SaaS paradigm isn’t a flash in the pan fad, it’s the B2B manifestation of a larger connected convergence trend that will eventually see professionals and their various businesses using web-based interfaces and processes for nearly everything, from shopping to learning to travel to everything else.

To understand where we’re going, it’s incredibly important to understand where we’ve been and look at how technology and business have consistently accreted and moved toward simpler modes of development. By zooming out to get a holistic view of devices and connectivity, you can determine where things are headed with a fairly high degree of confidence. Our belief is that the SaaS model in fintech, and most business services, is practically inevitable.

Let’s start at the beginning to understand where we are now.

When the world was mechanical

Way back when, if businesses needed to buy or sell from or to other businesses, they had to do it the old-fashioned way: offline. They would pore over phone books, call friends in the industry, buy local radio spots – that sort of thing.

Once relationships were established, it was difficult to replace existing bonds even if an offering was cheaper or faster or better. That changed with the availability of relatively inexpensive personal computers and the creation of the internet.

The advent of the digital medium

After bulletin board systems (BBS) gave way to hypertext transfer protocol (HTTP) and hypertext markup language (HTML), there was a mishmash of internet service providers (ISPs) offering storefronts, portals, and directories, standardized due to limited bandwidth.

Then came the first wave of business on the internet, and things went from 0 to 100 quickly. Companies began to publish their own humble sites online, making it easier and cheaper to find them than through traditional directories or advertising. Search engines became crucial to business, giving buyers and suppliers the ability to find each other in seconds. Numerous and popular directories jockeyed for top spot until Google emerged as the clear victor some time later.

At the time, most businesses used either popular software packages or custom-built solutions to get things done internally. The ruler of the roost was Lotus Notes, which combined communication tools like e-mail, online calendars, and personal information managers (PIMs) with business-oriented applications that were the precursors to full customer relationship management (CRM) tools. Everything was done locally on dedicated servers that communicated with client machines used by millions of people daily. Other companies used Microsoft Exchange servers linked to per seat Outlook clients or proprietary kludges on mail servers running post office protocol (POP) or internet message access protocol (IMAP) that offered some sort of customer management tool.

The servers to run all these programs, however, were expensive and required dedicated technical staff to keep them running (“standard nerds” as per the IT Crowd). The entire business world was dominated by companies with dedicated IT teams managing a myriad of servers when slowly but surely the perfect storm hit, creating the next wave. That tempest was dubbed “cloud computing”.

Getting on the cloud

Basically, everything moved in a new direction. Rather than having to do things in-house, services began to give non-technical people the ability to do things via their browsers through simplified, drag and drop, what-you-see-is-what-you-get (WYSIWYG) interfaces. Online services began to appear for e-mail along with all the associated bells and whistles, like shared calendars, file storage, productivity tools, and others. That meant that rather than having to mount servers onsite and employ qualified staff to oversee them, a company could hire a few experts to stay on top of newly emerging hosting providers. 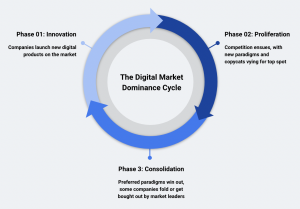 Moving services to the cloud perfectly fit the pattern of previous digital waves, demonstrating a cycle of innovation, proliferation, and consolidation. Cutting edge companies initially offer an innovative new way of working. Then they compete with companies touting alternative paradigms or copycats. Then the market thins out as some competitors fold or get bought up.

Once that cycle is complete, the market is dominated by a few successful, competing firms, of which one is the clear market leader. Such is the case of Salesforce, for example, which shares its space with other cloud-based services like Soho, Hubspot, or Pipedrive as well as older competitors that combine the fading paradigm of installable software with cloud computing, such as the Microsoft suite of products, Oracle’s Netsuite, and SAP. WordPress is another good example. It dominated the content management system (CMS) space by giving users a tool to build websites that didn’t require knowing even the basics of HTML. Competitors Joomla, Wix, and Shopify are also doing well, but WordPress remains the most popular.

In parallel, communication and content delivery shifted from complex, local programs to online, always-connected sites or simplified apps. Gmail displaced Hotmail and made POP client software nearly obsolete. Instant messaging moved to phones, as ICQ, AOL IM, and Yahoo Messenger disappeared thanks to FaceTime and Whatsapp. Paper books, CDs, Blu-Rays, and even USB sticks are in the midst of vanishing due to improved bandwidth, better quality media streaming, and nigh unlimited online storage. Today, millions of people read novels on Kindles, listen to music through Spotify, store files and create documents on Drive, read the news on Flipboard, and watch movies on Netflix.

All of these platforms share one thing in common: They give non-techies the ability to accomplish their goals easily. They give regular folk a simple way to get things done without expensive hardware or specialized staff.

Digital finance is no different.

The digital incarnation of banking and finance saw its infancy rather early when compared with other sectors. Whether we’re talking about the first computers in banking in 1959, the first ATM in 1967, or the first home banking service via Radio Shack’s TRS-80 paired with a secure custom modem in 1980, financial products were initially close to the centre of digital evolution. Banking and business are, after all, the core of western capitalist society. Without secure online payments and bank account management, there would be no online purchases. There would be no Amazon.

Yet, something happened along the way. Digital banking became cumbersome and oxidized when compared with other sectors. From the early days of secure, COBOL-based financial systems, banks developed their own digital products to offer customers simpler and more efficient ways of transacting, but they became trapped in their own success as focussing on the user experience (UX) moved forward and left them behind. There was a clear unwillingness to innovate and improve because doing so would have meant modernizing systems that were tried and true even if they were slow and increasingly unusable. For a time, it seemed this would be the only paradigm possible.

Recently, primarily due to regulation changes in numerous regions, many companies are now able to participate in offering banking and financial services which could only be provided previously by large institutions. Smaller players can now use banking-as-a-service (BaaS) providers. They act as middlemen between companies and licensed banks, so new ventures can release their own offerings. Combined with the increasing number of tech-savvy users who demand better apps to use, digital finance competition has become more feasible. Typically offering lower fees, quick online verification, and customer-centric applications, neobanks and other players appeal particularly to younger people who have grown up in an exclusively digital reality.

Digital finance products are on the rise and that’s mostly due to SaaS solutions making it easier for smaller players to create compelling offerings. That’s why fintech, as a market, exists today.

The fintech state of play

All this brings us to the current day where some sectors are completely dominated by SaaS solutions whereas others are in the midst of the innovation, proliferation, consolidation cycle. Fintech seems to be in the proliferation phase, where numerous small players are vying to establish themselves as market leaders with the best, most sensible approaches.

To date, most companies defined as fintech firms have taken either a white-label or bespoke approach to offering their solutions to clients. That means that they’ve either created a program they allow other companies to rebrand as their own or they create customized solutions one at a time for each client. The former is limited in scope and offers little in the way of customization while the latter can be costly and time-consuming, especially if specific financial transaction functions need to be built from scratch. In light of the inevitable march toward the SaaS paradigm, both are clunky, antiquated, and refuse to acknowledge the lessons learned from outside the fintech space.

How Toqio fits in

We are in the midst of becoming the world’s premier fintech SaaS platform, giving our clients the ability to create, customize, and launch bank-grade digital finance solutions. Obviously, we’re not the only company doing this, but we think we have a unique mix of key value propositions to offer.

First, our platform is technologically advanced and heading toward full WYSIWYG. That means that experts in finance or banking will be able to create an app or embedded finance site and the only technical knowledge they’ll need to have is understanding how to point, click, and open a browser window.

Second, we have BaaS partnerships in place with internationally reputable providers that ensure a lot of the pre-work for our clients is already done. Further, we have partnerships with financial service firms that have worked with us to create custom offerings for our clients, and many of these features can be added to builds right out of the box.

Third, even though the system is constantly being improved to offer a simpler experience, we provide a Development Hub to clients with a more technical bent so they can build their own financial service modules if we don’t offer precisely what they need.

Fourth, our system is, as mentioned, modular. Clients can pick and choose the functions they want to include, and they all fit together like a well-cut jigsaw puzzle.

We’ve embraced the SaaS paradigm to such a degree that all our operations are carried out 100% on the cloud.

There will always be those with a certain level of technical expertise that require powerful management and creative tools or dedicated interfaces, but the vast majority of users will find progressively easier online business tools for a variety of tasks.

Further, large multinational finance firms and consumer goods companies that are invested in their own infrastructures and services will often want to maintain their growth in-house and may prefer to develop solutions internally. Yet even they are leveraging the SaaS paradigm by either using specific subscription services to fill in the gaps of their own technologies or working with external development firms that are SaaS-focussed.

The SaaS model isn’t going away, it is and has been the preferred convergence paradigm on the digital stage for some time. SaaS dominance isn’t a question of “if”, it’s a question “when”.